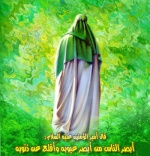 To shed more light on the subject, we need to refer back to the original three words بالخُنَّسِ الجَوَارِ الكُنَّسِ in the holly Quran and get the linguistic meaning behind those words, The word Khonnas الخُنَّسِ in arabic dictionary means to contract and wrap around itself. The word Jawar الجَوَارِ refers to the action of mevement; as per the books of tafsir, horses move, the sun moves and the wind moves. The word Konnas الكُنَّسِ means to sweep leftovers and dirt. In other words, the Almighty described the planets as they wrap around themselves and contract, they move and they sweep dirt & leftovers. A difficult to comprehend description of the planets; isn’t it?

Planets were first mentioned in Babylonian scripts as the celestial objects that move over time in the night sky against background stars, Pluto was the latest to be discovered and the most controversial as well, the reason for this was that when Pluto was first discovered, it was believed to be larger than planet earth, so it was declared as a planet, as time passed, scientists realized that Pluto was only 18% that of the size of earth, however, it maintained the title planet while other solar objects of similar size were classified as dwarf planets .

Scientifically, the strength of gravity of any object depends on its mass, for example, it is known that the moon’s gravity is 1/6 that of earth, so, if a person weighs 60 Kilo’s on earth, he would weight only 10 Kilo’s on the moon, in other words, the earth’s gravity is six time stronger than that of the moon.

Planets and dwarf planets as per the IAU 2006 definition

In 2006, and after several debates and failed proposals, the  International Astronomical Union (IAU) reached a definition for a planet in our solar system which subsequently lead to the demotion of Pluto from a  “planet” to a “dwarf planet”. The definition states that a planet is a “A celestial body that (a) is in orbit around the Sun, (b) has sufficient mass for its self-gravity to overcome rigid body forces so that it assumes a hydrostatic equilibrium (nearly round) shape, and (c) has cleared the neighbourhood around its orbit.”

Did you notice the similarity between the owth in the Quran and the 2006 definition of the IAU, here it is again:

a) is in orbit around the Sun

The word Jawar الجَوَارِ refers to the action of mevement; as per the books of tafsir, horses move, the sun moves and the wind moves

c) has cleared the neighbourhood around its orbit


Scientists could not reach this definition in 2006 until they had the necessary scientific tools to reach a high degree of knowledge about our solar system. This raises a question: How could a human being confidently state such a definition over 1400 years ago when science and astronomy were considered primitive. The answer came in the subsequent Ayat [81:19] truly this is the word of a noble Messenger [Gabriel] [81:20] having power, with the Lord of the Throne secure, [81:21] obeyed, moreover trusty, [81:22] Your companion [Mohammad] is not possessed.[81:23] he truly saw him [Gabriel] on the clear horizon; [81:24] he is not niggardly of the Unseen. [81:25] And it is not the word of an accursed Satan; [81:26] where then are you going? [81:27] It is naught but a Reminder unto all beings, [81:28] for whosoever of you who would go straight; [81:29] but will you shall not, unless God wills, the Lord of all Being.

Sorat Al Takweer was among the first sorat to come down on Mohammad PBUH, it describes the end of life on earth as explaied in our article And when the heaven is split open and becomes a rose, colored like oil, at that time, the the infidels described Mohammad as possessed and  saying satanic words. Sorat Al Takweer came down to confirm the authenticity of the message then and now. “It is naught but a Reminder unto all beings”

The video below illustrates how solar systems are born and addresses the subject of planet classification.
الوقت/التاريخ الآن هو الإثنين ديسمبر 05, 2022 1:23 pm